*This is in my new book that I writing. Excuse the typos. It’s a work in progress. The Name of the book is Attention Pastor! Are you a Shepherd or a Cowboy?

I’ve often thought that when I get to Heaven I’m going to be the most surprised person there if I see any impact that I had during my life. Have you ever thought that? Maybe you pastor a church. You’re trying your best to motivate your flock but it’s like trying to push a beached whale back into the sea. Pastor, if you’re a shepherd over a dead go-no-where church, then, God bless you! I don’t mean to sound unkind but there comes a time when you’ve got to stop the CPR and just let it die.

It’s a law of nature that when something stops growing it starts dying. 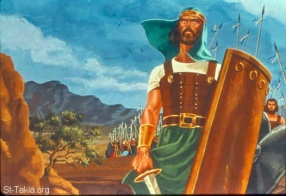 Many of these churches of the walking dead don’t want to be stirred. They want a pastor with only a Moses anointing; that is to say a maintenance anointing. They want a pastor who will carry on with the status quo. “Don’t rock the boat, Pastor, and we’ll get along just fine. ‘Just like tree that’s planted by the water, I shall not be moved.’”[1] Such a pastor is basically a spiritual janitor. He tries to keep things  running without upsetting the deacons or any of the members.

These type of people are described in Number 32.

1The Reubenites and Gadites, who had very large herds and flocks, saw that the lands of Jazer and Gilead were suitable for livestock. 2 So they came to Moses and Eleazar the priest and to the leaders of the community, and said, 3 “Ataroth, Dibon, Jazer, Nimrah, Heshbon, Elealeh, Sebam, Nebo and Beon—4 the land the LORD subdued before the people of Israel—are suitable for livestock, and your servants have livestock. 5 If we have found favor in your eyes,” they said, “let this land be given to your servants as our possession. Do not make us cross the Jordan.”

The tribes of the Reubenites and Gadites were so close to The Promised Land that they could spit over the Jordan River and hit a Canaanite in the eye. When God had so much better for them within grasp, their response was “Do not make us cross the Jordan.” (NIV)

Many of our local churches are filled with Reubenites and Gadites. You couldn’t move them with a stick of dynamite. They’re in their in their comfort zone. They’ve got their “DO DISTURB!” signs posted and thoughts of change make them uneasy.

But then there are those pastors with a Joshua anointing—an anointing of conquest. They want their flock to become a force of supercharged solders of the Lord. They want their congregation to grow both numerically and spiritual. They’re full of God and eager to lead their church in a direction that will make them a force to be reckoned with.

They’re not interested in just maintaining the status quo. They want their flock to make an impact on their community. They want the church they pastor to be a soul winning station, a light in the darkness to the lost and broken hearted.