Dear friends, do not be surprised at the painful trial you are suffering, as though 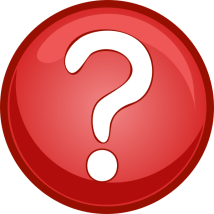 something strange were happening to you. (1Peter 4:12)

Have you ever been in the midst of a raging storm in your life and asked the question? You know… the question— the “Why?” question. “God, why is this happening to me?” I know I have. Many times over the years I’ve asked God that question, but then I discovered something that forever changed my prayer life.

One day God showed that I was asking the wrong question. The question to life’s painful trials is not “Why?” but rather “What?” “Lord, what are you trying to teach me?” “What are you doing in my life?” “What do you want to show me that I need to see?”

The “what?” kind of prayer leads to answers. You see, the “Why?” question is often an expression of distrust. It says, “I don’t understand you! Therefore since you don’t fit into the perimeter of my understanding, I don’t trust you.” With few exceptions it’s human nature to not trust something or someone we don’t understand. But for the believer, we are called to walk beyond the human realm. We’re called to “live by faith, not by sight”.

You will get more out of a “What?” question than you will from a million “Why?” questions. Take what to Shadrach, Meshach and Abednego as a picture of something that God uses fire for in our lives. Daniel chapter three gives the account of King Nebuchadnezzar of Babylon who commissioned the building of an image of gold that was ninety feet high and nine feet wide. The King then ordered that when a trumpet blew everyone was to fall down toward the image and worship it.  Shadrach, Meshach and Abednego refused to comply with the royal decree.

The Bible says King Nebuchadnezzar was infuriated with them. He had them bound hand and foot and tossed into a furnace that was so hot that the flames consumed the men who were throwing them into fire.

Later when Nebuchadnezzar looked into the furnace, he saw Shadrach, Meshach and Abednego walking around in the midst of the flames, free and accompanied by a forth man. But note this; the only thing the fire burned was the very thing that had them bound!

God didn’t promise us answers. He promised us grace.

Are you in a fire right now? What bonds is God trying burn off of you? From what does him want to set you free?

Are you in an intense storm? Rather than asking God “Why?” ask Him, “What?” “What are you trying to do in my life, Lord?” James 1:4 gives one of the goals of adversity “…so that you may be mature and complete, not lacking anything.”

Just remember as you face life’s storms, to ask the right question. Only then will peace prevail and strength be yours.

There was a soldier, a mighty prayer warrior Who went into battle on his face first He was up against a wall down in Jericho When the Lord appeared and said My instructions follow You’ve got to have…

* Grace Under Fire by Layton Howerton from his album, Boxing God. ©1998 Sparrow Records